The Banker was born on November 7th, 1976, as Benjamin Charles Olmsted, in New Haven, Connecticut. Benjamin had an uneventful childhood, with a settled home life and an above average performance in school. He began to excel in his academic life during his high school years, after his family had relocated to Melbourne, Australia. Benjamin eventually decided to study mathematics at the University of Melbourne, and by the age of 24, he was working as an investment banker in Sydney, and seen as one of the industry’s rising stars.

Benjamin quickly set up his own investment firm and began brokering deals with firms in Afghanistan and Iraq who had secured contracts to redevelop areas affected by the wars. His company began making huge profits, much of which seemed to have no origin, and police began to suspect it was involved in the opium trade. Rumours in Kabul circled of crimes against local women by a foreign businessman, and while on visits to the city, Benjamin hired soldiers to act as personal bodyguards. One of these men, Sean Murphy (aka The Butcher) becomes indebted to Olmsted and continues working for him on a sporadic basis back in Australia.

In 2015, Olmsted was arrested for the killing of a man outside a restaurant in Sydney, but was eventually acquitted and only served 2 years for manslaughter having pleaded self-defence. By now a notorious figure within the city, his money provided him with a level of protection. Hated by the much of the public and the media, he was lauded by a small number of fanatical fans who watched his Youtube channel on tips for the top and swore by the ethos he espoused in his best selling book, “Don’t Roll The Dice, Load Them”.

Authorities are convinced that Olmsted’s empire does not only include vast wealth from criminal enterprises, but suspect that he is behind multiple contract killings in the city’s underworld. What they have no suspicion of is that he has also been killing sex workers and drug addicts for over a decade. The city’s worst ever serial killer and one of the most powerful organised crime figures has somehow evaded capture for years, while posing as a legitimate businessman and self help guru.

When the meteor hits and the virus ravages Olmsted’s brain, he awakes in the wreckage of his apartment with no memory of who or what he is. His intellect is unchanged, but as he sifts through his belongings and looks at his books, fanmail and evident success, he determines that he must have been a good man who made money from his expertise and ability to help others.

But did the virus truly rid him of whatever part of his psyche made him kill? And can those who survived the strike and remember who he really was ever trust this newly reformed man? 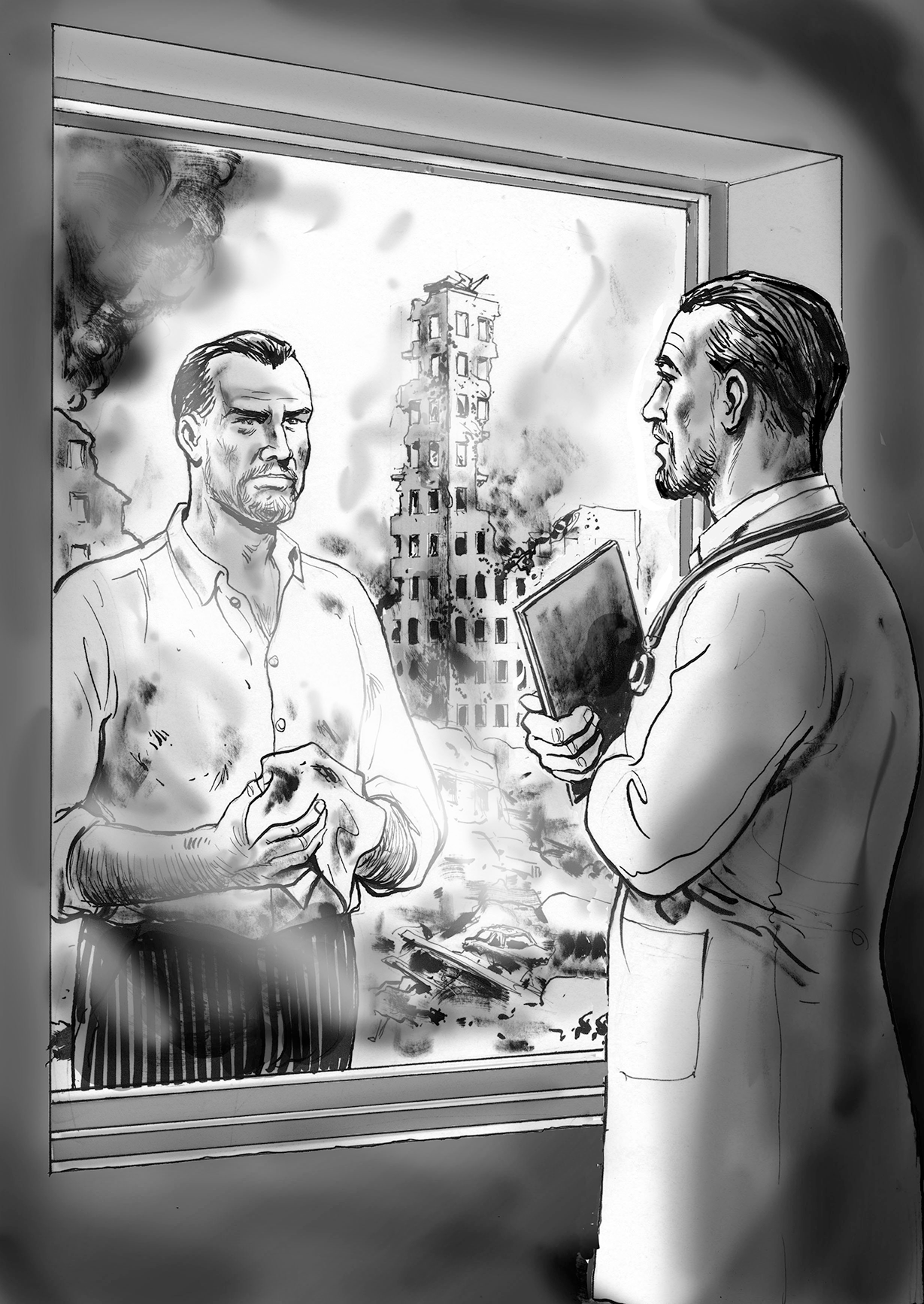