The Butcher was born, Sean Jandamarra Murphy, in 1972, to an aboriginal mother and a white father of Irish descent. Sean’s mother was from the Bunuba people of the Kimberley area of western Australia, a region known for its testing climate and terrain. Sean’s father had worked as a conservationist in the region where he met, and eventually married, an aboriginal woman who was working on the same project as him.

Sean was named after his grandfather, but also given the middle name “Jandamarra” after a famous Bunuba warrior who led an armed insurrection against colonialists in the 19th Century.

Growing up in Kimberley, Sean was taught traditional hunting and foraging skills from an early age, and would regularly accompany his parents on camping trips. At school, Sean showed a propensity for science and maths, and graduated as a civil engineer from the University of Western Australia in 1993.

Despite his qualifications, Sean was drawn to a career in the outdoors and decided to enroll in the military, and rapidly progressed through the infantry ranks until he passed into Australia’s SASR special forces regiment.

Sean was eventually dispatched as part of a peace keeping force to East Timor in 1999, before eventually seeing action in the 2003 invasion of Iraq. While stationed in Iraq, Sean was captured by insurgents and eventually rescued after spending 18 months imprisoned.

Showing clear signs of PTSD, Sean was discharged from the military and returned to his parents’ home town in Kimberley in late 2005. Sean never fully recovered from the traumas of war, and despite pleas from his parents to make use of his qualifications and previous interest in engineering, he took a job opening at an abattoir on the outskirts of town. With money from his job not sufficient for Sean to live as he desired, he began to take contract work as a bodyguard for businessmen visiting Afghanistan to set up development deals, leading him into the employment of Benjamin Olmsted.

Back in Australia, he remained withdrawn and quiet,working steadfastly at a job few wanted to take, while building his own small farmhouse a few miles from his parents’ town. Despite working hard, Sean was consumed by paranoia and nightmares of his time in Iraq, and he became engrossed in the online world of “preppers” who ready themselves for an unseen apocalyptic event.

While building his farmhouse, Sean discovered a former WW2 military bunker constructed when the Australian government prepared for possible attacks. Sean immediately began extending the bunker into a complex, subterranean lair that would work as a safehouse in light of any disaster. Sean stockpiled the bunker with supplies and weaponry, while quietly continuing his day job as a butcher, and visiting his parents once a week for a family meal.

Unmarried, ostensibly friendless, but diligent and seemingly law-abiding, nothing about Sean’s behaviour aroused any suspicions. However, indebted to Olmsted for something that occurred on a trip to Afghanistan, Sean finds himself working as a contract killer for Olmsted’s underworld empire in Sydney.

When the meteor hits Australia, Sean is not surprised. It is what he had been preparing for. It is what he knew would happen. Nobody in his country was more ready to cope with the disaster, but within minutes Sean Murphy was gone as the man he had been. Every skill, every paranoia and trauma remained within him, but his memory ravaged, the man that emerged from his bunker would be known by other survivors simply as The Butcher. 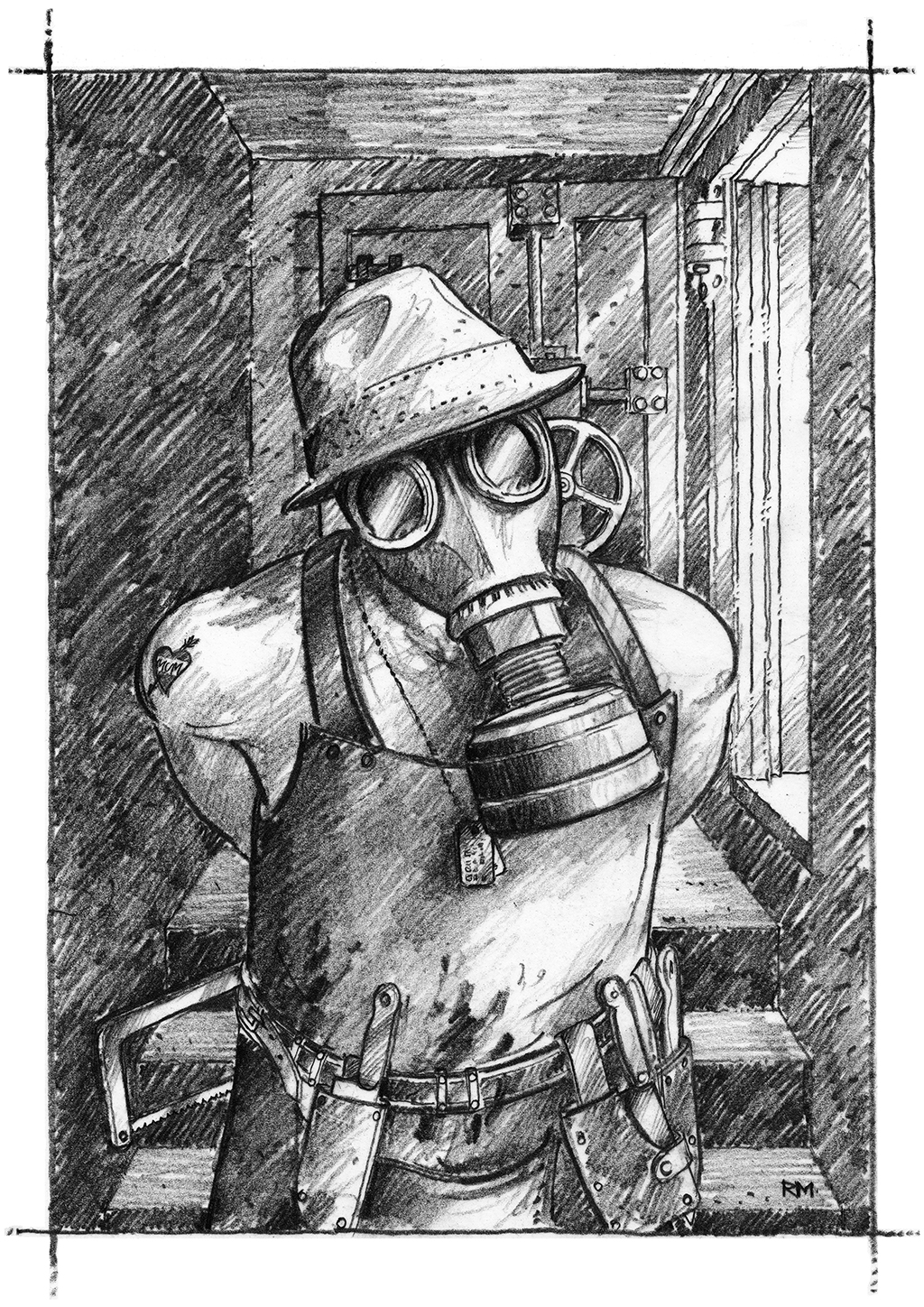